The Undeniable Connection Between Women CEOs and Stock Prices 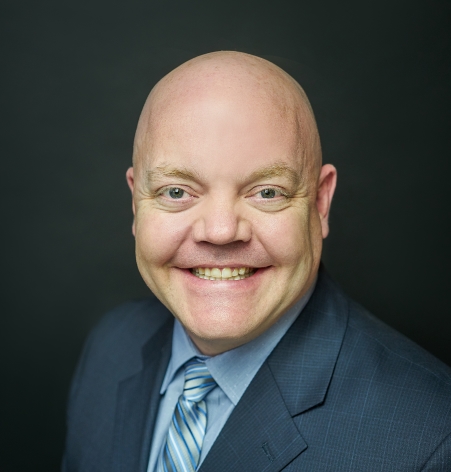 With much of the recent focus on D, E & I (Diversity, Equality, and Inclusion), it just confirms that the efforts can result in real, tangible benefits to corporations and shareholders. A diverse range of voices and opinions in the boardroom could lead to some great achievements, in ways we have yet to imagine.

On August 11, 2020, Presidential candidate Joe Biden announced Kamala Harris as his running mate - marking the first time in history a woman of color has run for vice president in the United States. While the world has seen an increase in women assuming leadership positions across the board, senior positions in large corporations are still primarily dominated by men. In fact, for every one company run by a woman, 13 are run by men.1 Yet, companies run with women at the helm tend to follow a similar trend - improved performance and rising prices in stocks.

A Reminder About the Gender Gap

Despite a growing number of women in C-suite positions, the gender gap is still prevalent in America and other developed countries. As of 2019, for example, women employees represented 21 percent of C-suite executive positions - meaning more than three-quarters of these positions are filled by men. What’s more, only four percent of those women were women of color.1

Women account for 50.8 percent of the total population in America, and about 47 percent of the workforce.2,3 Therefore, proportionally speaking, women should account for nearly half the management positions available - but as we’ve seen, they do not.

However, numerous studies have shown the benefits of having diverse women in leadership and c-suite positions. Here’s what we know about companies run by women and their correlating levels of performance - especially by the six percent of women-led S&P 500 companies.4

Studies around the globe have shown an interesting correlation between the incorporation of women in executive leadership roles and positive performance trends.

A study reported by the Harvard Business Review, for example, concluded:

“Going from having no women in corporate leadership (the CEO, the board, and other C-suite positions) to a 30% female share is associated with a one-percentage-point increase in net margin — which translates to a 15% increase in profitability for a typical firm.”5

Other studies have suggested that while women CEOs on their own may not perform better or worse than their male counterparts, it’s the bringing of other women into multiple management positions that can create a positive impact on performance.

Another study conducted by S&P Global found that in the two years following their appointment, “female CEOs saw a 20 percent increase in stock price momentum.”6 Additionally, companies with more gender diversity on their executive board were more profitable than those without.6

Why Does Female Leadership Lead to Better Performance?

Truthfully, there is no concrete answer to this question. There are, however, theories as to why putting women in executive positions can increase stock performance and profitability.

Theory #1: Few Women Make It To the Top

As the numbers have shown, few women make it into executive leadership and C-suite positions. Therefore, the women who do make it into these roles are often the most motivated, dedicated and hard-working in their field. They excel enough in their fields to beat the odds and outperform the competition. As a result, the women who do make it to the top are often high-performing and well-positioned to propel the company forward.

Women, and women of color especially, can bring a fresh and different perspective to the table. New ideas can spark positive change, which results in better performance. Opening the doors to a more diverse executive team can bring a much-needed breath of fresh air to any company’s leadership board.

Simply put, men (statistically speaking) take more risk than women. Put somebody under pressure, and these gender differences amplify. One study found that men are more likely to make risky decisions under pressure, while women are less likely to do so7 In terms of leadership positions and profitability, this tendency may work in a woman leader’s favor.

Whether you’re in charge of appointing the leadership board of your own company or you're an investor looking to make your next move, the statistics shouldn’t be ignored. Women in leadership can bring positive change to a company’s momentum and profitability. And while a person’s gender isn’t the only factor that should be considered when appointing employees, there’s enough evidence out there to encourage diversity in hiring and promoting.

This content is developed from sources believed to be providing accurate information, and provided by Twenty Over Ten. It may not be used for the purpose of avoiding any federal tax penalties. Please consult legal or tax professionals for specific information regarding your individual situation. The opinions expressed and material provided are for general information, and should not be considered a solicitation for the purchase or sale of any security.